The Cook Shack has been moved to it's new location!  Thanks to Fred Bennett, Ken Sloan, and Bob Fulgham, the Cook Shack was moved on Friday, July 24th!

The building will be part of a new firing line, running from the safety area to, and including, the shack.  The old location can be seen in the foreground.  The range flag and information box have been moved to just behind the front of the shack. 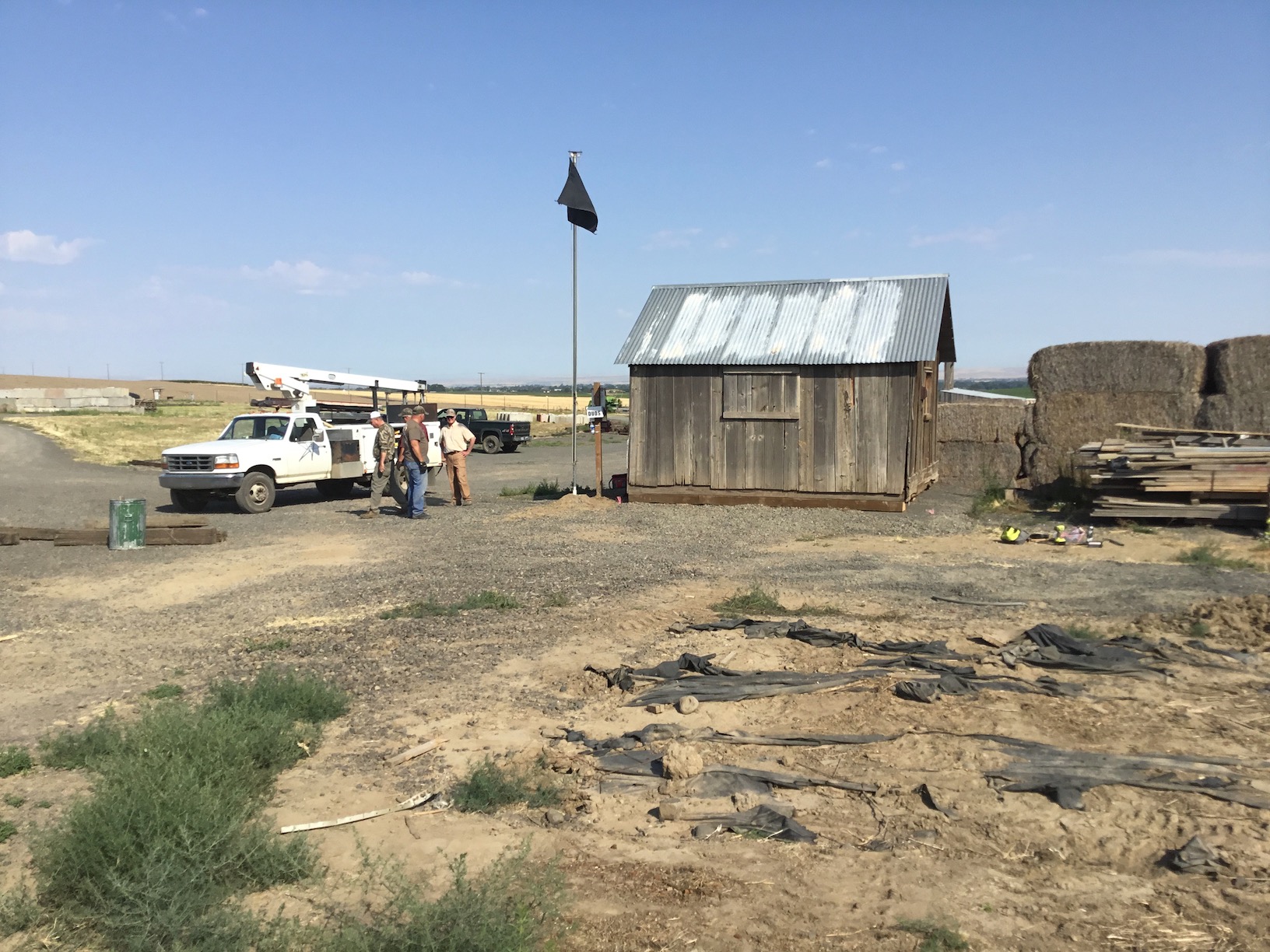 This close up shows that the shack is now supported by large timbers.  The floor joists were connected to those timbers by a work crew on July 29th. The work crew was Steve Anderson, Andy Porter, Dan Carney, Bob Fulgham, and Jeff Stidham.

Other minor repairs were also made to the base.  The siding will be replaced at some time (preferably when the weather is favorable for outdoor construction). 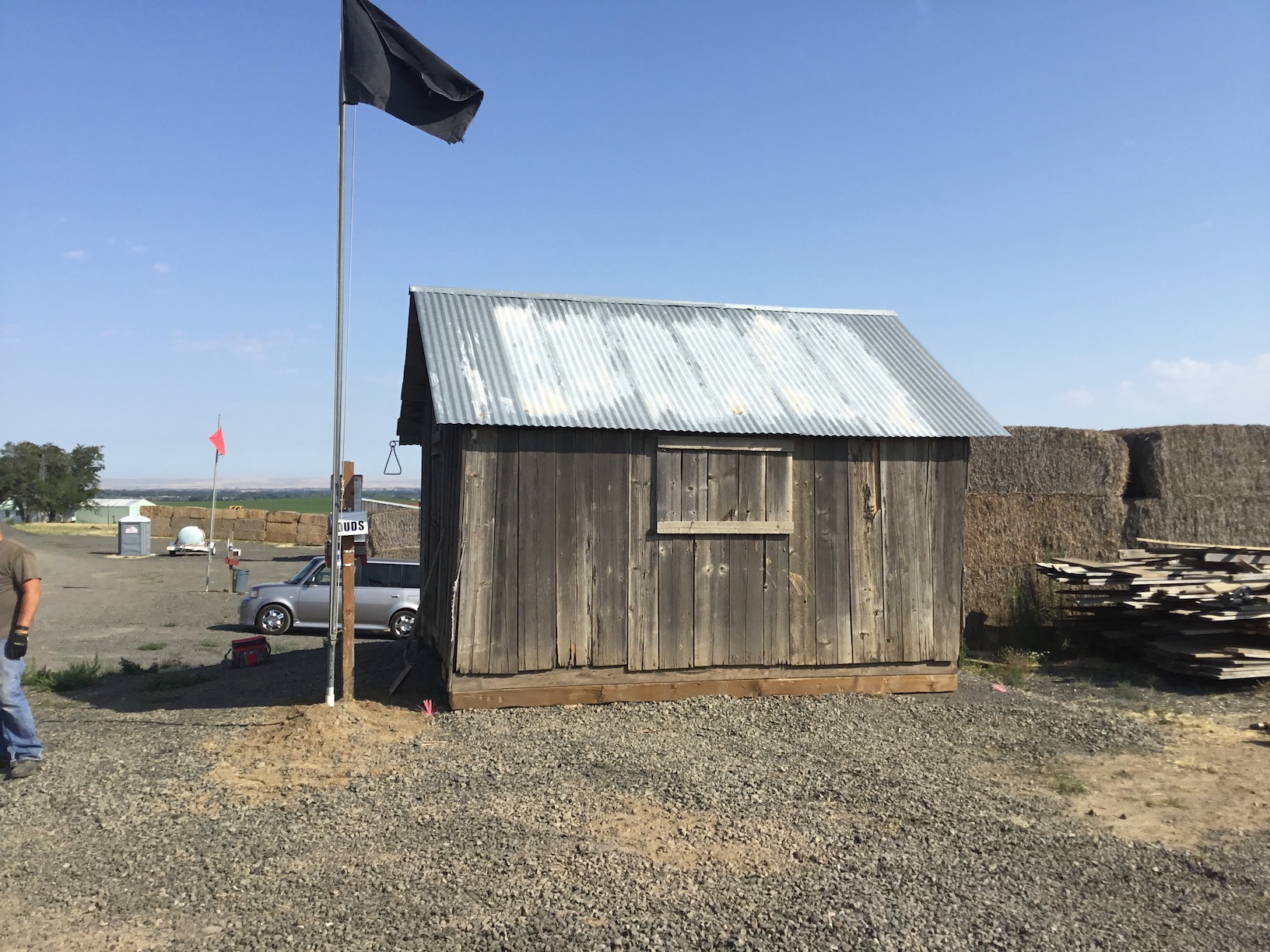 The new firing will be about where the railroad ties are in the photo below.  This area will be built up by abnout 2 feet, with soil and gravel. This new alignment will shift the range fan of the Action Range away from the Rifle Range impact berms.  A new berm has been installed at the 40 yard line for close shooting (also in the below photo, on the right).  The far berm will be moved further out, and extended to the left.